Privé at Island Estates Celebrates ‘Topping Off’ of South Tower

AVENTURA, Fla. —  Despite multiple lawsuits by residents of the adjacent South island and nearby Williams Island, Privé at Island Estates in Aventura recently marked the “topping off” of its South Tower, following a summer topping off of its North Tower’s structure on the North Island.
Developers and Heller Waldman client Privé, comprised of longtime developer Gary Cohen and BH3 Management, heralded the buildings’ structural milestone and told Curbed Miami that completion of the 160 luxury units is expected by summer 2017, with unit closings expected to start in late June 2017. 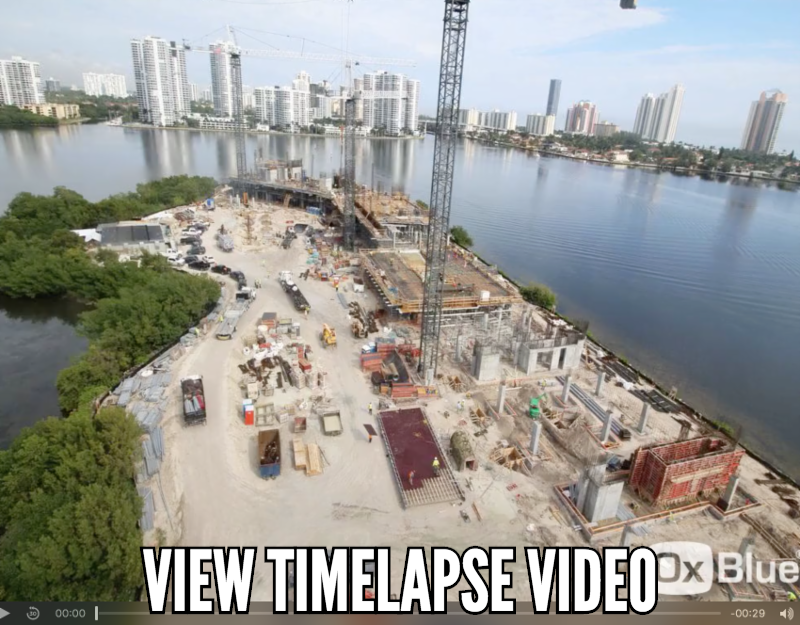 Despite the issuance of valid building permits by the City of Aventura, which is a co-defendant in several of the numerous suits filed, the project has been threatened by homeowners of the South Island that Cohen developed in 1998 and by residents of nearby Williams Island. Together they have filed numerous lawsuits questioning the rights to build anything but single-family homes on the North Island. Heller Waldman’s litigation team, led by Glen Waldman, along with partners Eleanor Barnett and Jeff Lam, have successfully argued that the 1976 Final Judgment, which granted the very vested rights that 11 hi-rise buildings of Williams Island have been built under, permits the construction of the two towers on the North Island, which are far below the density permitted.
“The underlying fact that should be considered in all of these suits is that our client has vested rights in the development of this island, which are absolute, sacrosanct and have been determined by the trial court to be valid and never waived or abandoned,” Glen Waldman said. “Notwithstanding these unassailable facts and rulings, the lawsuits continue. So we will continue to fight these lawsuits. Most importantly, we are incredibly proud to be a part of this spectacular project, and very much look forward to the completion of both towers later this year and for residents to start moving in this coming summer.” Trial is scheduled on a number of the claims for some time in 2017.